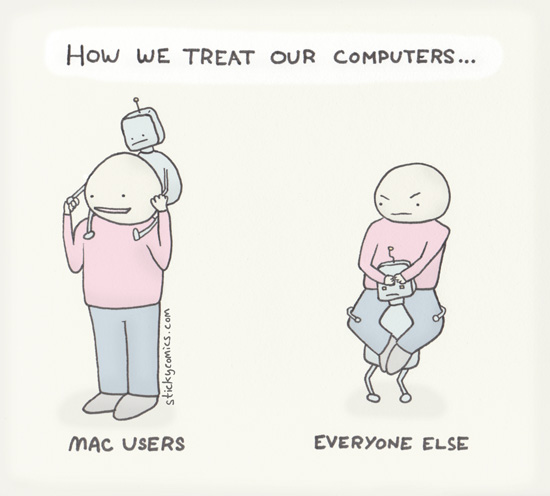 Another Mac versus the world comic. I love drawing robots :)

comics, non-stickies, popular
40 comments to “How we treat our computers”